Always believe in yourself – Interview to Giuseppe De Fabbio 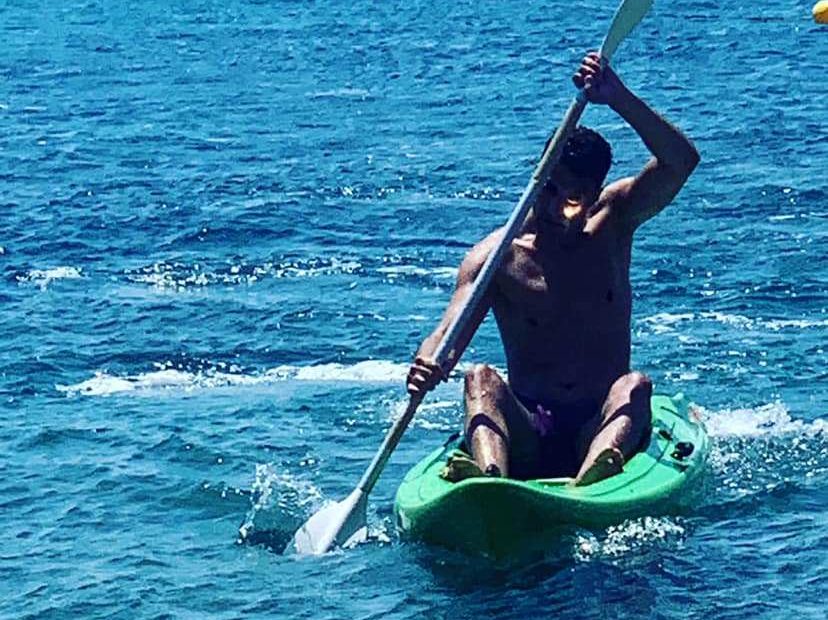 “I remember as if it were yesterday my first interview in Axcent, I can never forget it. -” he says, “it was Wladimiro himself – still his colleague today – who gave me a technical interview. -”

Before that interview he graduated in Computer Science from the University of Salerno, “- I have always been a full-time student. I have done several small jobs to start being independent of my parents. I worked as a SW/HW Technical Assistant privately, did leafleting, etc.”

An active, determined guy, I think, and he confirms it to me: – “I had passed the interview with the former HR manager (ed. Human Resources) for a position as Analyst / Developer Siebel 6.3 for CRM of a well-known telecommunications company. His words were clear: we have to face a new challenge, do you feel like it?”

“And what did you say to her?” I ask, curious. “I was very surprised by his words, after all, I had just left the university, but without thinking twice I answered: I love challenges, let’s try it! Today the project is the spearhead of Axcent in Naples. The hard work has given its results.

He says it with great satisfaction and great pride; we’re on the phone, but I’m sure his eyes are shining when he says it. All Giuseppe’s work experiences have been carried out in Axcent “-Unissimo fedelissimo dunque! I did well to interview you. -” we’re joking, but I know for sure that his path was not a boring one. He slowly lists me all the activities for which he worked, passing from AX Simulator (isn’t that a brilliant name? ed. ) to all the big words as an engineer, Siebel, CRMR, Stub, Visual Basic, Joomla, SQL, PHP… that even after three years in a computer company still cause me confusion and therefore my question arises spontaneously: “- Giuseppe, but what does an Analyst programmer do?”. I understand that he is a person who provides his knowledge on the most advanced technologies for a customer, analyzes their needs and translates them (“customizes” in technical jargon) in a working project, such as developing a software from scratch.

Today Giuseppe talks about cutting-edge technologies and strong expansion (see Pega 7.2) but: “-When I started working in Axcent I had no work experience in this field, it was the first time I interacted with a company of such magnitude. In almost nine years, thanks to my managers, colleagues with whom I shared most of my time, I could really learn a lot in the world of computer consulting. I have known new platforms that university studies have not allowed me to know and deepen. I’m sure that other career paths, even related to my degree, would not have made me develop the same skills or acquire all the new notions that I have acquired.

Even when he’s not in the company, he adds, it doesn’t mean he’s away from work because when he can he tries to deepen and update his knowledge. I suppose it’s essential for a computer scientist. I ask him about his life outside of work: “- Like everyone else, I try to carve out space for myself so that I can devote time to my loved ones, like my family and friends, to travel and visit as many new places as possible”, but I have the impression that it is difficult for him to completely separate his general life, his working life.

“Did you create close ties at work?” I ask him. “Have I forged close ties at work? I can say that in the company we are first friends and then colleagues and it could not be otherwise since I spend most of my day with them. If I could, I would share all my best memories, but it wouldn’t be enough for me to have a few lines. He mentions the company holidays, the Christmas party in Milan for Axcent’s ten years of activity, lunch breaks with colleagues between a pizza and a coffee – which he never misses! – but he focuses above all on the long nights of work spent in the Software Factory to meet work deadlines; those, strangely for many, must be linked to his best memories. No wonder, in Software Factory I always breathed good air; even if they rarely saw me, their colleagues always knew how to involve me in the right way.

Giuseppe’s motto that sums up all his experiences? “Always believe in yourself and never stop improving, because hard work and passion for work always pay off!